XCMG enter the construction machinery market of the U.S.A.

25 years ago, a spring, the 23rd German Munich BMW show in a busy lively in the curtain opened. In this global construction machinery industry's top stage, row upon row of international giants once again put on a mighty battle, to show visitors the most top products and technology. A Taiwan "monster" exudes a sharp momentum directed at the sky, seems to describe the power of this industry contrast and competitive landscape - the United States Department, the European Department, Japan, "one-third of the world", everything seems to have nothing to change.

However, when the bustling crowd shuttle between a tall engineering machinery products, there are still a lot of people have been surprised to find - the Chinese enterprises figure, first appeared in the "master gathered" in the world Level stage; and the name of this business, called XCMG. 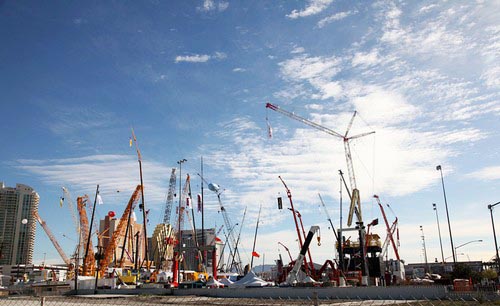 In fact, in order to enter the US market, XCMG as early as many years ago began to force. In XCMG in the United States national manager Xiao Cui view, XCMG and the US market "fate" can be divided into three periods - "ancient history, modern history and modern history."

In the early eighties of the last century, XCMG's products first came to US customers, but at that time did not achieve real sales, but by the US customers to introduce XCMG products, so that they understand XCMG. In a second exploratory, fictitious exchange, XCMG, gradually to the United States.

In the "ancient history" period, XCMG mainly to the US market output equipment. If the XCMG Group in accordance with the recent "three-step" strategy ("products go out, people go out, capital to go out"), this is the first step, XCMG began to take root in the US market, And by more and more users recognized. 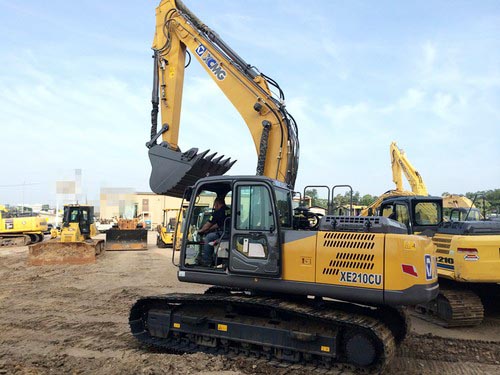 2012 began XCMG Group into the US market "modern history". This year, the domestic construction machinery market after years of rapid growth suddenly appeared after a sharp decline, many companies are busy expanding capacity suddenly cold wind fell to the ground. And the industry "greedy big picture" phenomenon has long been a sense of crisis Wang Min at this time categorically decided to speed up the XCMG "going out" pace, through the global high-end market and international giants "face to face to play battle" to fast Enhance the overall strength of XCMG Group. As a result, in Europe, XCMG decisive hands of the acquisition of the global leader in the concrete machinery industry Schwing company, at the same time also set up a European research center; in North America, XCMG officially launched the US project. (Hereinafter referred to as the "US research center"), specialized layout R & D team long-term presence in the United States engaged in technology research and development and market research work, the United States R & D Center, the United States R & D Center, The In a series of human, equipment, financial investment, XCMG in the US market has been more rapid development - just four years, XCMG Mining Machinery Division successfully developed more than 20 sets of features for the North American market, In line with the needs of North American users of equipment, and achieved more than 300 new R & D equipment sales. It is particularly worth mentioning that, during this period, XCMG through the United States and the sixth largest leasing company's cooperation, has made a one-time delivery of nearly 100 equipment proud of the results.

In 2016, XCMG officially released the industry's first "leading technology, not destroyed" gold standard. Wang Min is personally wrote that: "We will do every thing, every work of high quality, high standards to do so; each product must be seriously and continue to improve, Quality indicators are not stable, and my heart is not absolutely not to the market; to the user is the brand quality, reputation and user confidence. "Today," not destroyed "concept has been deeply imprinted in the XCMG Group's blood. In the United States this global standard requires the highest market, XCMG has been able to show this "do not destroy" features, by the user's high degree of recognition, but it is through the tempered to create out. 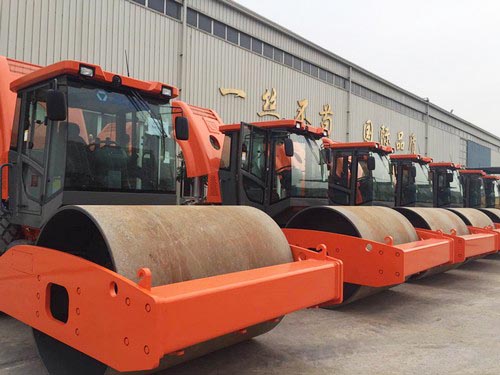 As mentioned earlier, the United States is recognized as the world's most high-end market. So what is the difference between this market? XCMG Group, deputy general manager of heavy machinery, said: "To be honest, in the past we face overseas high-end market with a 'fear of high psychological', especially the United States, its request is very high, and can enter The US market is a benchmark for any business, and in particular, there are three challenges in the US market, in addition to the need to face the world's top rival's competitive pressures - - the first is the standard barrier; the second is the local users to use the habit of the difference; the third is the barrier of intellectual property rights.

And talk about the breakthrough in intellectual property, the tone of the sea alone is not without excitement. He told reporters that in the past, China's construction machinery enterprises lack of original technology, can only follow the pace of foreign giants; and these giants through the Chinese market in the patent layout, making the Chinese enterprises can only "beating", trying to avoid The Now, this situation has undergone tremendous changes - a few years ago, XCMG began in the original R & D on the hard work, after continuous research, and finally in the last year successfully launched the "G generation" crane products. As a result, the "G generation" in the industry triggered a strong earthquake: its core technology far more than the industry similar products, there are six technology is the industry's first, starting, 6 reached the world advanced level, and Most of the technology is peer do not have; in the overall performance, "G generation" almost equal to the world's top level, some of the key indicators, such as lightweight, intelligent, energy efficiency standards, control level and even the old International giants are unable to match. "For example, our smart boom technology, is the world's first starting.

In fact, look around the world, not just North America, other high-end market demand in the world, XCMG also has a huge achievement - in Australia, a mine, XCMG for an international mining giant bulk supply of large tonnage excavator high-end hydraulic The cylinder has been working without trouble for 8000 hours, in the core parts of the ranks among the world's most advanced; and XCMG large tonnage excavators average attendance rate is as high as 88% - 92%, comprehensive performance even more than the Caterpillar; Of the area because of the high latitude, the weather is very cold, almost no night in the summer, the locals dubbed the "world corner", and XCMG products not only came here, and fully adapted to the local harsh natural environment, with strong performance Help the local construction; like Germany, Sweden, such as "engineering machinery power", XCMG products have long been virtue of excellent performance and good value for money to enter smoothly, and by the local customers a lot of praise.

More hard experience, XCMG overseas soldiers are no longer mentioned. But it is clear that from the early "wandering", and now to take a deep roots, XCMG in North America, the world's most high-end market is growing increasingly flourishing.