In the vast areas of northern China, there are 3-5 months of snowfall every year, and parts of Heilongjiang and Inner Mongolia are even up to six or seven months. There are snow problems on hundreds of thousands of kilometers of roads, causing great inconvenience to transportation and people's lives. So today, the road will recommend this multi-purpose snow removal grader in advance! 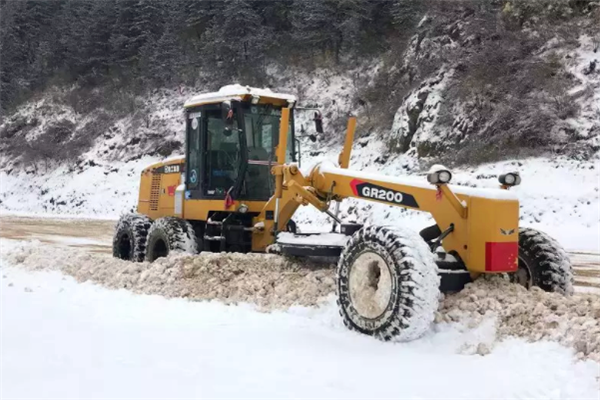 Our XCMG graders are mainly used for large-scale ground leveling and trenching, scraping, bulldozing, loosening, snow removal, etc. of roads, airports and farmland. In the northern region, the grader can be used for highway earthwork construction in spring, summer and autumn, and can be used as road snow removal equipment in winter. Because of its relatively low price, high operating efficiency, convenient and flexible operation, high control precision, it can achieve “one machine multi-energy”, which has attracted more and more attention from local highway systems.

When the grader performs snow removal operations, it usually only takes up one lane and does not affect the traffic order of other lanes. After the snow machine pushes the snow, the snow on the road surface is basically clean. On the highway covered by heavy snow and blizzard, the advantage of snow removal in the grader is more remarkable. It can use 2-3 sets of graders according to the width of the road to carry out combined operations, quickly and efficiently remove snow on the highway, and provide safe and smooth roads. . Up to now, thousands of XCMG graders have been used in snow removal operations in northern expressways, ordinary highways, factory roads, open pit mines and large parking lots.